In our 20 November 2020 article1, we reported that the New South Wales Court of Appeal judgment in the test case of HDI Global Specialty SE v Wonkana No. 3 Pty Ltd [2020] NSWCA 296 was a big win for policyholders amidst the COVID-19 pandemic.

In that decision, the NSW Court of Appeal provided clarification on a commonly used exclusion in Australian insurance policies that excludes cover in business interruption claims for “diseases declared quarantinable diseases under the Quarantine Act 1908 (Cth) and subsequent amendments”. The multi-billion-dollar question was whether the Biosecurity Act 2015 (Cth) was a “subsequent amendment of the Quarantine Act (repealed)” that it had replaced, as COVID-19 was included as a ‘listed human disease’ under the Biosecurity Act on 21 January 2020. The NSW Court of Appeal said it could not be as it was new legislation (despite it serving the same purpose as its predecessor).2

For most of the industry, the refusal of special leave was not a surprising outcome but, given that it is estimated that about $10 million in indemnity payments rides on the outcome of the test cases3,  it was certainly worth pursuing.

As we previously reported:

That is not the end of the road for the COVID-19 litigation. A second test case is to be heard soon.

On 20 December 2020, AFCA approved a second test case that is intended to “provide guidance on so-called trigger clauses, including those that relate to the impact of government announcements on small business, closure and the proximity of an outbreak to a small business”.4  It is much more technical than the first test case which was mostly confined to the issue of what could constitute a ‘subsequent amendment’.

The second test case involves nine small business claims from a range of business sectors and locations in Australia.5  At this stage, it appears the case will be heard from 30 August to 8 September 2021 in the Federal Court before Her Honour Justice Jagot, considering primarily:-

With the first test case now a foregone conclusion, there is a lot riding on the second and the unfortunate result of that for policyholders is that most insurers are reserving their positions regarding claims involving the above issues (which are expected to be the majority).

Although judgement of the second test case is expected to be delivered in October 2021, it has already been suggested by the Federal Court that any appeal (we expect that will certainly be pursued regardless of the result) will be heard in November 2021 and judgment will be delivered before the end of the year. If, like the first case, the outcome is pursued all the way to the High Court, a certain outcome may not be until early 2022.

Some insight as to the outcome of the second test case can be gleaned from the outcome of a recent judgment of the UK Supreme Court (the UK’s highest court), which was largely favourable to UK policyholders with business interruption insurance where many similar issues to those in the Australian second test case were considered.6  Given the significant size of the UK market, that decision would have had a significant impact on insurers. Some notable findings were:

Accordingly, it still remains that the outcome of the Australian second test case is critical to the outcomes of COVID-19 business interruption claims in Australia.

On 2 July 2021, the United States Court of Appeals for the Eighth Circuit held that there was no coverage available to an insured Iowa dental practice in relation to losses suffered as the result of business activities being suspended as the result of the COVID-19 pandemic.

In Oral Surgeons, P.C. v. Cincinnati Insurance Company, No. 20-3211 (8th Cir. July 2, 2021), the court considered a policy that provided indemnity for loss of business income “caused by direct ‘loss’ to property”. Oral Surgeons submitted that the inability to perform relevant medical procedures during the declared period of emergency was a direct loss to property. The definition of “loss” within the subject policy included, “accidental physical loss or accidental physical damage”.

The Appeals Court identified that the policy clearly required direct “physical” loss or “physical” damage to trigger coverage for business interruption. Therefore, it wasn’t sufficient for the purpose of triggering indemnity for loss of business income under the policy for there to be a mere loss of use when there had been no physical loss or damage. Some physicality to the subject loss was required for the relevant insuring clause to be triggered.

The US case involved a narrow policy definition. Broader policy definitions were considered in the UK test case discussed above. Again, the US decision stands alone and will not be binding on the Australian second test case but does highlight that the outcome of a business interruption claim will depend on the relevant policy wording.

IMPLICATIONS FOR INSURERS AND INSUREDS

The myriad of cases decided by and currently before the court illustrates that, when considering whether a business interruption policy will respond to a business loss, the policy wording relevant to the specific claim and the circumstances and nature of the loss, will need to be considered in detail. Business interruption cover has long been a source of friction, though with so much on the line for policyholders and insurers all over the world as a result of COVID-19, it is very much under the microscope internationally at present.
This is still just the tip of the iceberg as far as ‘COVID litigation’ goes (particularly in Australia) - the first two test cases will resolve some of the big issues but further test cases, class actions and other litigation are inevitable. We also expect that the conduct of the federal and state/territory governments will be put under the microscope as insurers are burdened with significant unintended indemnity payments and policyholders that miss out will look to recoup losses for a saga that was ultimately entirely out of their hands.

2However, it should be noted that another test case launched by QBE is to be heard shortly in the Federal Court before His Honour Allsop CJ that considers another discrete issue regarding section 61A of the Property Law Act 1958 (Vic)- a piece of legislation specific to Victoria- that deals with the repealing and re-enactment of legislation. That case is to be heard on 22 and 23 July 2021 and so the ‘subsequent amendments’ issue is still live for those relevant Victorian policyholders at the moment.

3According to the Insurance Council of Australia. The ramification being significant as it is estimated that the industry only holds a $5 billion pool of funds for business interruption cover. 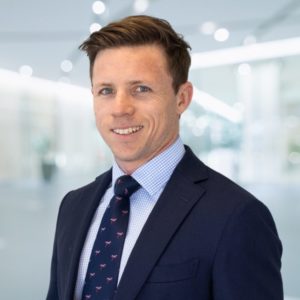 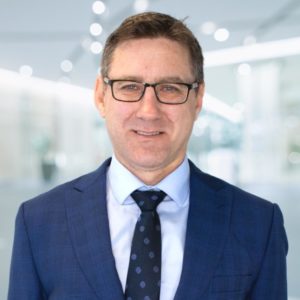