The answer is when it’s referenced in a broad form policy exclusion!

Mr Paul was an apprentice butcher placed at the Ashcroft IGA (“IGA”) under a labour hire arrangement with his actual employer, Skill Set. Whilst working at IGA, Mr Paul stepped onto a piece of sausage mince and slipped, falling against the wall and injuring his back.[1]

“This policy does not cover: 16.5 –Liability for injury to any person under a contract of employment, service or apprenticeship with or for the provision of labour only services to the Insured where such injury arises out of the execution of such contract.”

Perhaps unsurprisingly the Insurer denied indemnity to IGA for the subsequent claim based on the above exclusion.

The Court noted that the Insurer bears the onus of proving that the exclusion applies.

As to the somewhat awkward wording of the exclusion, the court held at [50] that:

So was the contract for labour hire only or not?[3]

The NSWCA held that:

“The clause should be understood as addressing only one injury arising under one contract. The type of contract involved may be one of two kinds, that is, a contract answering the first limb, employment, service or apprenticeship with the Insured, or a contract answering the second limb, provision of labour hire only services to the Insured. “Such contract” at the conclusion of the clause refers to both limbs of the exclusion.”

The Court also commented that the term “under” a contract means “pursuant to” a contract. The relevant exclusion is for liability to a person, here Mr Paul, who is providing services to the Insured pursuant to “a” contract. Here the contract between Skill Set and IGA.  It was also content that the injury arose “out of the execution” of such contract, in the sense of “the carrying out of the terms” of the contract.

So the Court concluded, with respect correctly, that clause 16.5 is the Policy does not cover liability for injury to any person under a contract for the provision of labour hire only services to the Insured where the injury arose in the course of giving effect to the relevant contract.

So the Insurer was two thirds of the way to a finding the policy did not in fact respond. However, it stumbled at the final hurdle when the Court then looked at the words “provision of labour only services”.

The Insurer of course submitted that this was all Skill Set were doing here – providing an apprentice to IGA under a labour hire contract and indeed you might have some sympathy for that position.

However, as we know exclusions in broadform liability policies are read strictly by the courts. [4]

The contract between IGA and Skill Set provided that IGA agreed to host Mr Paul during his TAFE studies in meat retailing. Skill Set in turn agreed not only to provide the services of Mr Paul to IGA, but, as is commonly the case in labour hire contracts, also to provide add–on services such as a recruitment program, vocational training management, OHS advice, making Workers’ Compensation payments and the provision of payroll administrative services and support. These were hardly unusual terms in a labour hire scenario and certainly things that complimented, supported or facilitated the provision of labour hire to the host.

So in the end the Insurer was ordered to indemnify IGA.

The lesson here is that exclusions clauses will be read strictly by the court.  The use of the word “only” in the exclusion acutely constrained the insurer’s position and once additional services were offered, then the case was always going to be fraught with difficulty. Obviously, a preferred drafting going forward would be to describe labour hire as the primary purpose of the contract, define what that meant in the Policy itself,  or just omit the word “only”.

Obviously, from a broader perspective, if you are considering the application of such an exclusion you must look closely at an actual labour hire contract itself and what services the labour hire company has agreed to provide the host.

[1]    IGA were found negligent on the basis that they had not taken reasonable steps to ensure that the floor of the meat room was free from wet and slippery substances. A finding of 10% contributory negligence was also made as Mr Paul knew of the risk that he might slip on sausage mince left on the meat room floor. As to apportionment between the labour hire company and the host employer, Skill Set was found 10% responsible effectively only based on its non-delegable duty of care, the court noting that there was a causal act of negligence by IGA and the meat room was entirely within IGA’s control. Past visits made by Skill Set to IGA’s meat room had revealed no evidence of a slippery floor

[2]     The NSWCA here disagreeing with the primary judge who had held the exclusion did not apply because it related to whether or not Mr Paul was a person under contract to provide labour only services and in this context, in fact it was the actual employer who had contracted with the host and not Mr Paul himself.

[4] On the basis that if the Insurer, as the author of the document, wishes to restrict the cover they offer, they must do so in clear and unambiguous terms.

[5] Again disagreeing with the primary judge.

[6] The policy itself did not define “labour only services”. 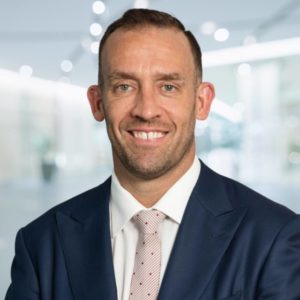 10 Essential Cases for the Armoury of an Insurance Litigator

10 Essential Cases for the Armoury of an Insurance Litigator