The Personal Injury Claim Form [“PICF”] was signed and dated on 22 July 2016. The plaintiff did not answer Section D, relating to the reporting of the accident to police. The PICF medical certificate was undated but referred to an examination on 22 July 2016 by a GP.

On 24 February 2017, the plaintiff’s solicitor sent the PICF to the Nominal Defendant, without an explanation for the delay, which was received by SIRA on 1 March 2017, approximately 5 weeks after the 6-month time limit had expired (s72(1)). The matter was allocated to CIC Allianz Insurance Ltd [“Allianz”] to manage as agent for the Nominal Defendant.

There was no response by the plaintiff to any of the requests made by Allianz.

On 3 May 2019, Allianz denied liability for fault and due to the procedural breaches.  The claim was exempt from CARS on 1 October 2019 and proceedings were commenced on 31 July 2020, in the District Court of NSW.

The accident circumstances indisputably required due inquiry and search, as such attempts would not have been futile. The secondary collision with the truck provided an avenue of investigation, which was not undertaken by the plaintiff.

Despite evidence of a proposed newspaper advertisement being considered on 5 October 2020 (4 years after the accident), there was no evidence of the advertisement actually being published in a geographically relevant newspaper. Moreover, the evidence of a sign fixed to a nearby telephone box on 5 November 2020, was ineffective due to the passage of time, as due inquiry and search must be undertaken in a timely manner. There were also contradictions in the affidavit evidence, with the plaintiff’s solicitor saying “I confirm that due search and inquiry were (sic) made however it could not be located in our file”. In contrast, the plaintiff acknowledged that although he had been told to post a public notice, he had not done so. There was no evidence of other inquiries.

NON-REPORTING OF ACCIDENT TO POLICE (S 70)

His Honour found the most contemporaneous account of the accident appeared in the PICF, which was silent as to any police report.  There was no documentary evidence produced by the plaintiff that the police attended, despite his assertions.

ABSENCE OF COOPERATION WITH INSURER (S 85)

None of Allianz’s requests for information or particulars were answered by the plaintiff and no reasonable excuse was proffered.

The plaintiff commenced his proceedings beyond the 3 year limitation period, without seeking leave (s109(1)), and it was a late claim pursuant to s 72.  A court must dismiss proceedings in these circumstances, unless there is a full and satisfactory explanation for the delay (s 73(7), and s 109(3) assuming leave was sought under s109(1)).  There was no explanation for the delay between the plaintiff signing the PICF and receipt of it by the Nominal Defendant.   No explanation was advanced as to why proceedings were not commenced within 3 years, other than the plaintiff became “frustrated” after his claim was denied on 3 May 2019.  The explanation was deficient, not full, and not satisfactory. 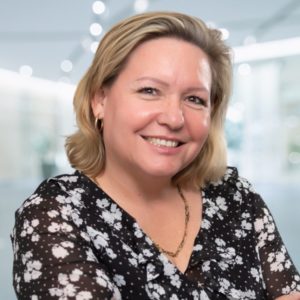