As a result, incorrectly determining that a taxpayer is not a tax resident of Australia can have dramatic consequences and result in a large tax bill, as well as interest and penalties being imposed by the Australian Taxation Office (ATO).

For a company who may have operations and key personnel located around the world, determining the company’s tax residency can involve a detailed analysis and, as flagged above, it is imperative that the analysis is correct.

In the Federal Government’s most recent budget paper in October 2020, they have proposed a change to the company tax residency test. This change would result in a return to the past. We run through the current position and the proposed change below.

A company can be held to be a tax resident of Australia if:

For many years, the accepted position was that the tax residency test for companies that are not incorporated in Australia was a two limb test, with the requirement that a company is carrying on business in Australia being separate to any analysis of whether the company’s central management and control is located in Australia.

In particular, in response to the Bywater Case the ATO released Taxation Ruling 2018/5, in which they stated in relation to the test being reduced to a single limb that:

8. It is not necessary for any part of the actual trading or investment operations of the business of the company to take place in Australia. This is because the central management and control of a business is factually part of carrying on that business.[6] A company carrying on business does so both where its trading and investment activities take place, and where the central management and control of those activities occurs.

This effectively results in the company residency test for a company that is not incorporated in Australia being reduced to a single limb test – is the company’s central management and control in Australia? If yes, it may be a tax resident of Australia.

This was a dramatic change from the previous view on how the tax residency test applied.

THE POSITION PROPOSED IN THE BUDGET

In the Budget Measures 2020-21 – Part 1: Receipt Measures (Budget), the Commonwealth Treasury announced that they intend to change the current position so that:

… a company that is incorporated offshore will be treated as an Australian tax resident if it has a ‘significant economic connection to Australia’. This test will be satisfied where both the company’s core commercial activities are undertaken in Australia and its central management and control is in Australia.

Furthermore, the Budget flagged that, whilst the measures would ‘have effect from the first income year after the date of Royal Assent of the enabling legislation’, taxpayers could choose to apply the new law from 15 March 2017.

We are yet to see any draft legislation in this regard.

WHAT SHOULD COMPANIES AND KEY PERSONNEL BE DOING NOW?

We recommend that all companies that are not incorporated in Australia but have operations and key personnel in Australia consider their residency position.

HOW CAN WE HELP YOU?

McInnes Wilson Lawyers can help you by:

If you require assistance or any further information please contact: 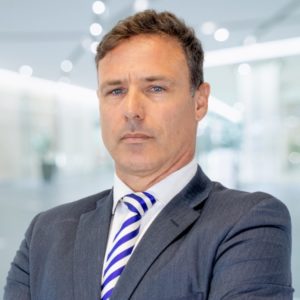 How to Prepare for ATO Justified Tax Reviews

How to Prepare for ATO Justified Tax Reviews

Disclaimer Of Trust Interests – How Can You Do It And Will It Be Effective?

Disclaimer Of Trust Interests – How Can You Do It And Will It Be Effective?

How To Manage Capital Gains Tax On Your Cryptocurrency

How To Manage Capital Gains Tax On Your Cryptocurrency