There’s no doubt 2020 has been relentless on our first responders. Through fires, flood, drought, and now COVID-19, our some 80,000 first responders have held a strong front in an unprecedented state of disaster.

A survey performed by Beyond Blue in 2018 aptly named “Answering the Call” found first responders making claims for psychological injuries at ten times the rate of the average Australian.  It’s facts like these that are driving the motivation for the Worker’s Compensation and Rehabilitation and Other Legislation Amendment Bill.

Put forward to Parliament on 12 August 2020; the Bill highlights the seemingly significant barrier in the determination phase of PTSD claims; in particular, the legislative test for injury.

In a bid to overcome delays in the provision of necessary treatment, the Bill suggests a colossal change to the onus of proof – proposing the presumption of PTSD being caused by a first responder’s line of work.

This is a stark contrast to the current process, whereby a claimant must prove their PTSD is due to their line of work.

This ‘presumption of injury’ is just one of the multiple changes proposed in the Bill; but, arguably, the most impactful.

Now defined as ‘a worker, or a relevant volunteer’ whose employment requires them to respond to incidents –

Now defined as the departments under which the Ambulance Service, Child Protection, Corrective Services, Fire and Emergency Services, Police Service and Youth Justice are administered, whose employment:

Now defined to include an incident that exposes an employee to, or to the threat of, death, serious injury or sexual violence.

4. THE ONUS OF PROOF AND THE ‘PRESUMPTION OF INJURY’

There is a proposed change of the onus of proof for the root of the injury, whereby the above outlined workers can have a presumed diagnosis of PTSD due to their line of work. This reverses the onus of proof, meaning to reject a claim the insurer/employer must prove that –

5. EXCLUSION OF THE ‘REASONABLE MANAGEMENT ACTION’

s32(5) of the Works’ Compensation and Rehabilitation Act does not apply. This states that –

If the Application for Compensation is made for PTSD by a first responder/eligible employee without medical evidence of a diagnosis, the insurer must arrange the required psychiatric examination and report at its cost.

WHAT THIS MEANS FOR YOU

The Bill was tabled in Parliament on 12 August 2020 and is yet to be enacted. If passed into law, the legislative changes will have significant implications for Employers of first responders and defined workers exposed to single traumatic events or cumulative traumatic exposure.

Unsure how these changes will impact you? Contact Principal, Carl Moseling, to be walked-through what these proposed changes mean for you. 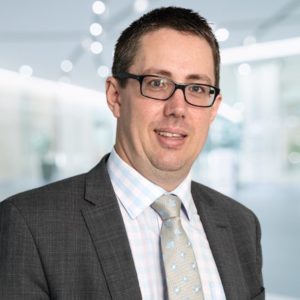