The representatives in two open group proceedings which commenced in respect to two 2017 Victorian fires, sought recovery on behalf of individuals who had suffered as a result of the fires. These included personal injury, loss or damage to property, or pure economic loss. Both proceedings settled and the defendants agreed to pay the group members a lump sum, to be distributed between group members in a manner to be determined at a later date.

The plaintiffs sought court approval for the proposed settlements and a scheme for the distribution of monies between group members.

Some group members in each proceeding had been indemnified for certain losses arising out of the fires by their insurers. The insurers objected to the part of the scheme by which the plaintiffs proposed that monies be distributed between insured group members and their insurers.

This dispute concerns the priority and manner in which amounts recovered in the settlement of these proceedings should be distributed between insured group members and their insurers.

The plaintiffs and insurers proposed schemes in respect of how insured group members’ losses should be allocated between the insured and the insurer. Both parties accepted that the proceeds should not simply be paid to the insured group members, and that “common benefit” legal costs, administration costs and a reimbursement payment to the plaintiffs should be deducted from the settlement sum, leaving remaining monies as a compensation pool.

The plaintiffs’ scheme proposed that a settlement administrator be appointed to assess each group member’s notional entitlement to compensation, and divide the compensation pool according to the relative values of their assessed entitlements. The insurers did not object to this. The plaintiffs also proposed that in determining insurance payments, the administrator would have regard to the relevant insurance policies, statutory regimes and general law, as well as instructions received from the group members.

The insurers objected to the plaintiffs’ proposed scheme due to the unfettered power given to the administrator (who was proposed as the Senior Principal of the plaintiffs’ lawyers), and the requirement that the administrator have regard to the instructions of the group member in relation to the distribution of settlement. Instead, the insurers proposed that the compensation pool be divided between insured group members and their insurers on a pro-rata basis (as had occurred by agreement in similar class actions).

The plaintiffs rejected the insurers’ pro-rata approach and instead proposed a modification to their scheme, which included a review mechanism where an independent barrister would review the administrator’s determination of the insurance payment.

The insurers pressed their proposal.

Justice Nichols applied section 67 of the Insurance Contracts Act 1984 (Cth) (‘ICA’), which provides rules for the distribution of recovered funds, including the priority between insureds and insurers. This is the first time s 67 ICA has been applied to a representative proceeding.

Her Honour determined that the application of s 67 ICA would have to be considered on a group-member-by-group-member basis, with regard to their relevant contracts of insurance. Where the ICA did apply, it is essential to determine:

1.    who was the party properly characterised as having “recovered the amount”;

2.    the particular loss recovered in the proceeding for which the insurer was liable under the contract of insurance. However, it was agreed by the parties that this was not a case where the amount recovered was undifferentiated; and

Both parties submitted that they had recovered and should be given priority. The essence of the insurers’ argument was that they permitted the insured group members to remain in the group proceedings and, therefore, they recovered the funds by allowing them to participate.

Her Honour ruled that the facts of this case must determine who the “recovering” party was, and her ruling does not necessitate that group members will always be the recovering party.

Justice Nichols rejected the insurers’ position that they were the recovering party and should be given priority in accordance with s 67(2); instead finding that the insured group members were actually the recovering parties within the meaning of s 67 (3). Her Honour found that despite the insurers’ active choice of allowing group remembers to remain in the proceedings, their actions amounted to a non-exercise of contractual rights where those rights existed.

The statutory language of s 67(2) requires that the insurer recovers the amount “in exercising the insurer’s right of subrogation”. The exercise of deciding not to require the insured to opt-out cannot be considered to amount to, or result in, the recovery of the relevant amounts, and the dispute in relation to the opting-out was never pursued. “The proceedings by which the recoveries were obtained cannot sensibly be described as proceedings controlled or taken or instigated by the insurers”.

Her Honour explained that the insured group members are privies in the interest of the plaintiffs, who recovered the relevant amount by the pursuit of common claims. Accordingly, s 67(3) is broad enough to encompass recovery by an insured through its representative.

Her Honour ruled that independent counsel with relevant experience should be engaged to determine the allocation of the recovered amounts between insured group members and their insurers.

In exercising their rights of subrogation under the ICA, insurers should control or instigate recovery proceedings to protect their interests and preserve priority. Additionally, insurers should specify priority for insurers of recoveries under class actions in their policy wording. 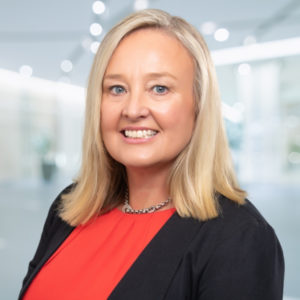