Agreements and Deeds – Aren’t They The Same?

Before putting your signature to paper, it is important to understand the difference between signing an agreement and a deed.

The purpose of this article is to outline the key differences between the documents, and to highlight the circumstances where one may be more appropriate than the other.

Broadly speaking, in order to have a binding agreement the following must be present:

a. offer and acceptance;
b. an intention to be legally bound; and
c. consideration.

Unlike agreements, there is no requirement for consideration to be provided by the parties to a deed in order for a deed to be legally binding. This stems from the idea that a deed is intended to create a ‘solemn promise’ by one party to another, whereas an agreement is more in the nature of a bargain between the two parties.

2. REQUIREMENTS OF FORM AND EXECUTION

At common law, a legally binding agreement does not need to be in writing and can be formed orally if the requirements of offer, acceptance, intention and consideration can be sufficiently evidenced.

On the other hand, a deed must be in writing and can only be executed as a deed if:

Unlike an agreement, in order for a deed to be binding at common law it is a requirement that it be delivered. However, the execution of a document in the form of a deed does not itself imply delivery. As such, intention that delivery is to occur must be proven by either:

a. the use of words in the deed itself indicating that execution and delivery occur contemporaneously; or
b. by relying on separate evidence of conduct to confirm delivery has occurred.

Similarly, the sealing a deed is also an essential requirement of a deed at common law. Fortunately however, legislation has dispensed with the need for deeds to be sealed, provided the deed is signed or marked with a person’s mark.

As such, the actions of delivery and sealing can now be reflected in the terms of a deed. This explains why it is common to see the use of the words “SIGNED, SEALED AND DELIVERED” in the execution block of a deed.

An agreement will not be legally binding until both parties have signed the agreement.

By contrast, a deed may be binding on a party, irrespective of whether the other party/parties to the deed have signed it. Execution and delivery of a deed to the other party may be sufficient for the first party to be immediately bound to the terms of the deed.

A limitation period is a prescribed period of time within which a claim must be initiated by an aggrieved party before it is statute barred.

Each State and Territory has specific legislation dealing with the period of time in which claims or actions can be commenced. For example, in Queensland, a claim following a breach of an agreement must be commenced within six years from the breach occurring. However, the period to commence action following the breach of a deed is twelve years.

For individuals and companies that transact business by way of deed, this extension may mean that there is a greater liability period than there would exist under an agreement.

On the other hand, for purchasers of goods and services, transacting by way of deed would allow a greater period of time to discover any latent defects and maximise the period of time to initiate proceedings..

HOW CAN MCINNES WILSON LAWYERS HELP?

It is important that you are properly advised on the differences between, and the consequences of entering into, a deed compared to a mere agreement. McInnes Wilson Lawyers can assist by: 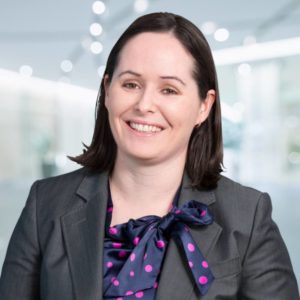 Can a Trustee’s Discretion Be Challenged?

Can a Trustee’s Discretion Be Challenged?

Is There An Exemption For Costs Recovery in ACT Unpaid Unit Title Levies Cases?

Is There An Exemption For Costs Recovery in ACT Unpaid Unit Title Levies Cases?